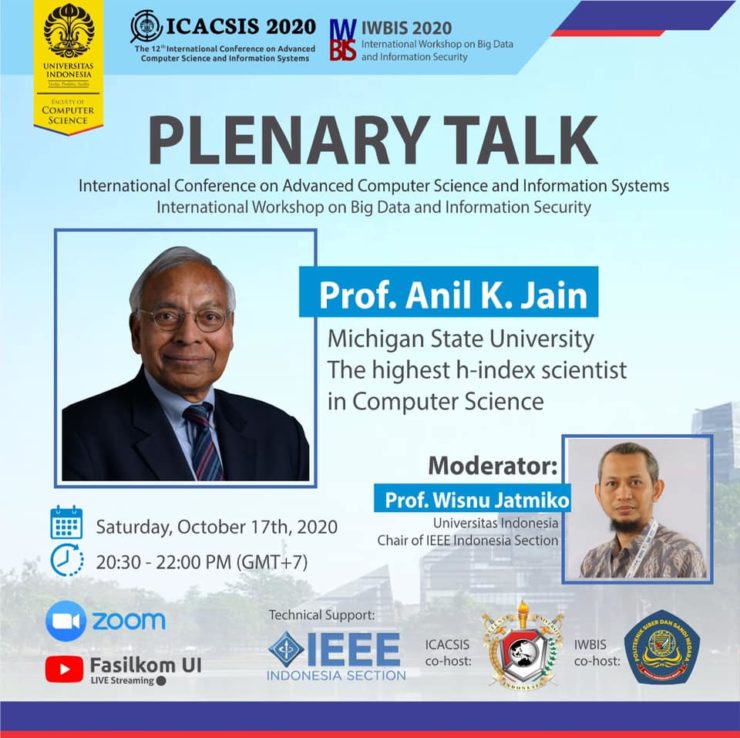 Anil K. Jain (PhD, 1973, Ohio State University; B. Tech., IIT Kanpur) is a University Disnguished Professor at Michigan State University where he conducts research in paern recognion, machine learning, computer vision, and biometrics recognion. He was a member of the United States Defense Science Board and Forensics Science Standards Board. His prizes include Guggenheim, Humboldt, Fulbright, and
King-Sun Fu Prize. For advancing paern recognion, Jain was awarded Doctor Honoris Causa by Universidad Autónoma de Madrid. He was Editor-in-Chief of the IEEE Transacons on Paern Analysis and Machine Intelligence and is a Fellow of ACM, IEEE, AAAS, and SPIE. Jain has been assigned 8 U.S. and Korean patents and is acve in technology transfer for which he was elected to the Naonal Academy of Inventors. Jain is a member of the U.S. Naonal Academy of Engineering (NAE), foreign member of the Indian Naonal Academy of Engineering (INAE), a member of The World Academy of Science (TWAS) and a foreign member of the Chinese Academy of Sciences (CAS).